Fine tuning between the vehicle and the infrastructure is the basis for permanently safe and economic rail operation. Even small changes of one or several system components have an effect on
the entire rail system. Attempts to optimize single components usually fail because of the one-sidedness of the measures and because of the complexity of the system.

Thus, due to the complexity of the railway system, optimization projects require competent consultancy and assistance from all kinds of experts as a function of the need.

What we can do for you:

FINE TUNING for rail guided public transport.
We examine your system and help you to optimize your facilities and your planning.

New system or existing network? The interdisciplinary LightRail Tuning Group is able to tailor-make the fine tuning and optimize the system components and the interaction between rolling stock and tracks.
Our system optimization from a single source reduces the interface management and prevents suboptimization sustainably. This target is reached via interaction of the experts‘ interdisciplinary competence, experience and the well-proven method: 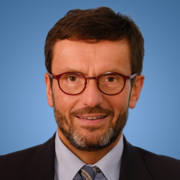